Helping the
homeless &
families in crisis
Powered By 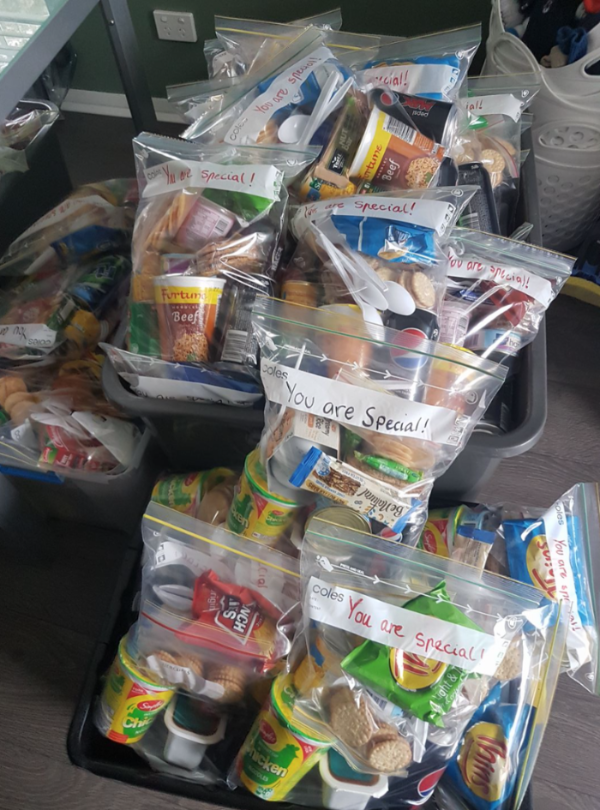 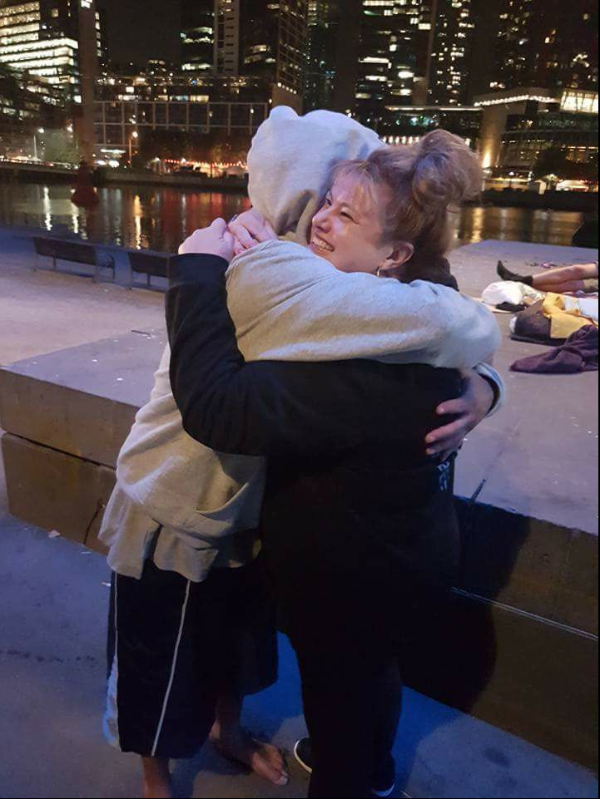 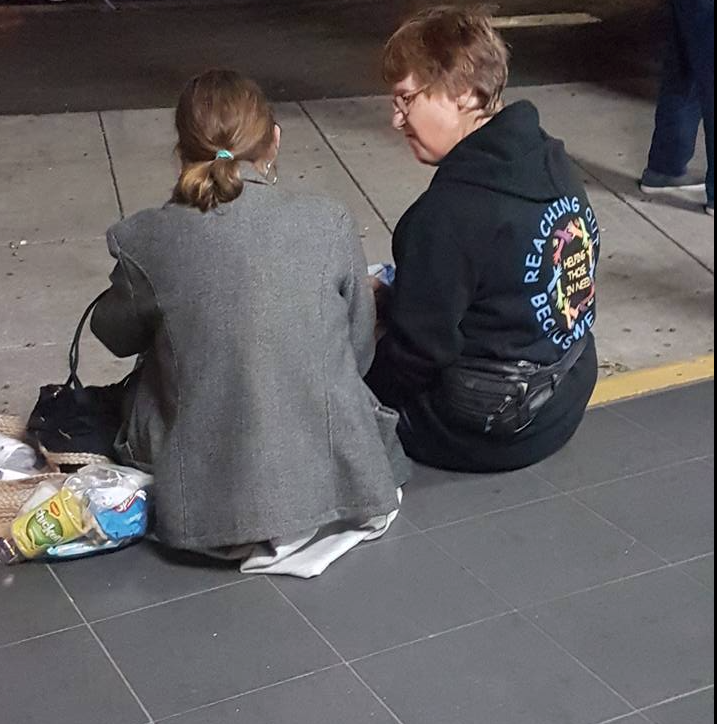 Hello to you and thank you for taking the time to read about our journey.

A little about myself and how it all began.

My name is Elisa Mineo and I am the founder of ROBWC. In my 20s, I had a stroke and was out of action for quite some time. As you can imagine it was tough, but luckily enough I am here today to tell the story. I had many months of thinking about my wants and needs for my future.

I wanted four children but was told NO WAY. I proved that doctors, friends and family were wrong. Blessed with 4 children I was.

I also knew I wanted and needed to give back to society. I was blessed and alive!

One night, many years later, while I was on my phone, checking Facebook, in huge writing, popped up the words THE TIME IS NOW. I had no idea what those words meant, but I did feel they were for me.

The following week I decided to go into the city on my own, not knowing why, but I went anyway. Walking along Swanston Street I saw so many rough sleepers. Usually, I walk past and think how sad.

But this night the strangest thing happened ….

I SAW THEM AND I MEAN REALLY SAW THEM.

They really stood out to me like never before.

I remember sitting on that cold, concrete floor with around 20 rough sleepers that night. You would have thought, I may have had fear, as that night I was on my own. But there was no fear of them or the darkness of the night. Honestly, they were more scared of me.

They asked me…
WHY DID YOU STOP?
AREN’T YOU SCARED OF ME?
AREN’T I INVISIBLE TO YOU?

I was already so emotional,  but after they asked those questions, I found it hard to talk. All I wanted to know was what food and drinks did they miss. Eventually I got the answers I so wanted to hear, so that I could make a difference on those streets. Most said soft drinks and lollies, but also warm soup, tuna and baked beans. Just to name a few.

From that night on, our YOU ARE SPECIAL bags began: a bag filled with our street friends’ favourites. In the seven years, those bags have never changed. I have never had the heart to change what’s inside. It’s theirs ... it was what they wanted.

I went to all the McDonald's and Eleven stores in the city, asking if a rough sleeper came in with their noodle cup would they allow them to fill it up with hot water. THEY AGREED. Our friends out there told us week after week that is exactly what was happening. Our hearts were filled with joy.

When I hugged them to say goodbye, tears rolled down the face of many. Upon leaving, I couldn’t look back as my tears couldn’t stop either. I realised that what I did was nothing, but for them, it was everything. I understood what their thoughts could have been: they had been noticed, there was no judgement and someone truly cared.

THAT NIGHT CHANGED MY LIFE.

The following week, I put out a post to my friends asking who would like to come out on the streets with me. Twenty packs were handed out the following week. We spent time with them asking what they’d missed.

I put a call out for blankets, pillows and the food items they missed. Over the following weeks, we received items and started delivering every month from then on.

I spoke to my little team and said we could do more, and I was sure of it.

I thought of a name. I had informed the public what we needed. When I received that first message of a donation from someone I did not know, I knew there was hope. Donation after donation started to come in. Now I knew, where I needed and wanted to be.

We decided not to stop there, but to help anyone in need.

One night I was sitting on the steps outside a halfway house, where we delivered our bags. A rough sleeper had been given a bed inside and a roof over her head for the next 3 months. WE LOVED HEARING THIS.

Over that time we built a trusting relationship with her. One particular night when we arrived, she was sitting on those stairs, crying. She told us they had found a house, she could live in. We couldn’t understand, why the tears. It was great news we thought. After asking what was wrong, she explained she had been given a house but had nothing else.

Hearing this, we knew from that moment on, we would be filling houses with all the furniture and electrical items needed, giving our friends a fresh new start in life… WE WANTED TO MAKE A HOUSE A HOME.

For months I cried, as I saw and heard things that broke my heart. The pain I felt for others was destroying me, but I knew it was either GIVE UP or GET STRONG. So strength it was. I still get the sadness in my heart, but I won’t allow it to take over. I cannot, it’s my calling.

We cannot change the world, but we can change someone’s world, one at a time.

We are now reaching out to over 1000 people a week, in one way or another. Personally, I cannot thank everyone enough for believing in my vision and travelling the journey with me.

To our volunteers and donators, ROBWC would not have been possible to last the 7 years without you all. THANK YOU.

People ask me, what do I get out of this. Well, it’s definitely not money, that’s for sure. I get up every day feeling great, a fuzzy feeling in my stomach, knowing that I will be helping another that day.

It’s hard to explain, but it sure does feel good.